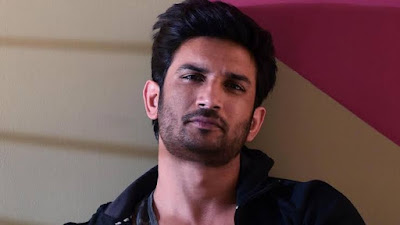 Actor Sushant Singh Rajput is one of Bollywood's favorite and finest actors, Sushant has carved a distinct identity in Bollywood with his hard work and ability.  Apart from being an actor, he is also a great dancer.  Sushant, 34, is born in Patna, Bihar.  His father's name is KK Singh, who has been a government officer and his mother's name is not known to anyone, but he died in 2002.  Sushant has 4 sisters, out of which his elder sister Mitu Singh is a state level cricketer.  Sushant studied at St. Cairns High School in Patna, after which he started studying mechanical engineering from Delhi College of Engineering, but left the middle and moved towards acting.

If we look at Sushant's film journey, his journey has been very struggle.  During his college studies, his interest in dance increased, after which he decided to learn dance in which his family was against him, yet he did not give up and became part of Shyamak Deveer's dance group, Shyamak with his art and passion  Very impressed and gave him a chance to dance in the 2006 Commonwealth Games.  After coming to Mumbai, she also performed with a dance group trained by famous choreographer Ashley Lobo.  After this he was also a part of the theater and that is probably why he came out as a successful actor.  Sushant famous action director Alan

He got his first break in TV from the StarPlus show Kiss Desh Mein Hai Mera Dil, after which he played the role of a human in the famous TV serial Pavitra Rishta and became a favorite.  He has also been a participant in big dance shows like Jara Nach Ke Dikha 2 and Jhalak Dikhhla Jaa 4 and during Jhalak Dikhhla Jaa 4, he has also received the title of Most Consistent Performer.  There was a time when actresses did not want to work with him because he was from an ordinary family and had no film background.  The film Shuddh Desi Romance is an example of this.  Parineeti Chopra was signed for the film after a long time.


Talking about Sushant's personal life, he stayed in the serial Pritha Rishta and was in a relationship with his co-star Ankita Lokhande.  Sushant was very close to his mother and after his death Sushant's entire family moved to Delhi.  The life of Sushant, who made his place in the eyes of everyone with his first film, has not been easy, without the parents' wish, he chose films as his career and has established a different place in the industry today.


During this journey of Sushant, his name was paired with his co-star Ankita Lokhande, both of whom lived together in live-in, according to the news of a long-time relationship.  It is said that there was such a deep relationship between the two that if there was a kissing scene of Sushant in any film, Sushant used to tell this to Ankita in advance and he used to do such scenes only after his consent.  Actor Kriti Senan is told behind the end of this beautiful relationship between Ankita and Sushante.  If the news is to be believed, while doing the film together, the proximity of both of them increased greatly, due to which Ankita and Sushant separated.


Talking about Sushant's likes and dislikes, he likes to eat rajma rice, potato parathas, pooran poli, lassi and pasta.  He also loves to dance and play video games.  Isha Sherwani is his favorite actress and he is a big fan of director Sanjayleela Bhansali, he is also very fond of cricket.  Sushant is a wonderful actor, soon we will get to see some of his more wonderful films.

On 14 June 2020, Sushant Singh Rajput, a successful Bollywood actor, committed suicide and ended his life. His acting career was going well but he knew why he was a very good actor but very soon he said goodbye to this world.  Should not have done